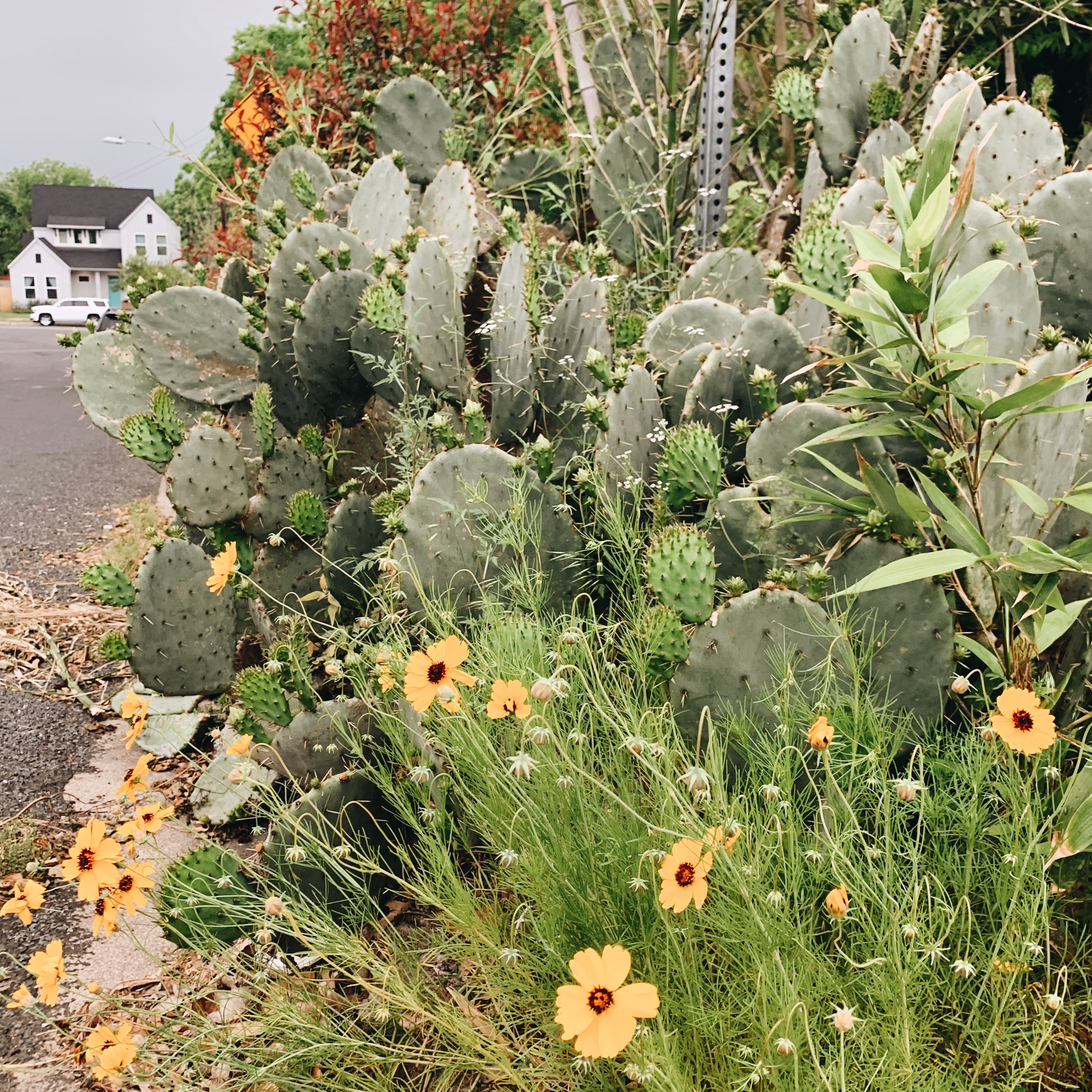 Over my birthday weekend I made the trip to Austin, Texas to experience the city for the first time.

Let me tell ya, I fell in LOVE. My previous desire to move there was confirmed almost immediately.

My friend Meghan and I stayed in an AirBNB in the South Lamar neighborhood, which was a great location with easy access to all of the food and sightseeing we had planned. Since we got in pretty late on Friday, we decided to catch some ZZZs to prep for the busy weekend ahead.

On Saturday morning I woke up pretty early to go on a walk and stretch my legs. I found a little coffee shop called Summermoon where I got a matcha in my every handy Stojo (yay for sustainability!). The weather was already so great, I really soaked it up by exploring the neighborhood. My favorite part was all of the cacti growing literally everywhere! 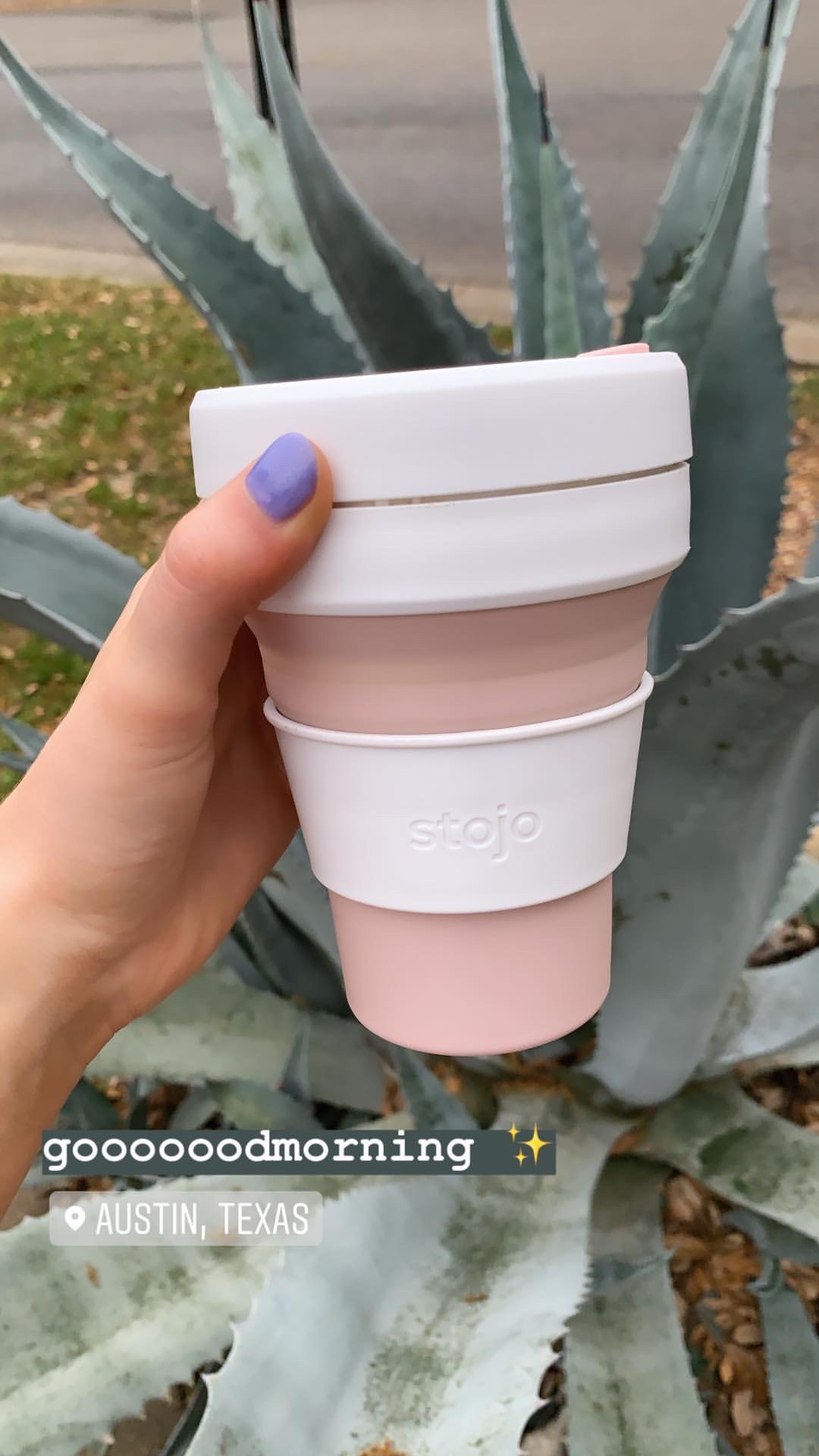 Once I got back to the AirBnb, we got ready to hit up some of the local murals, like the “Greetings From Austin” postcard mural. Obviously as first-timers in ATX, we had to go. The mural and the little shop it was painted on were both so cute and made for the best photo op. 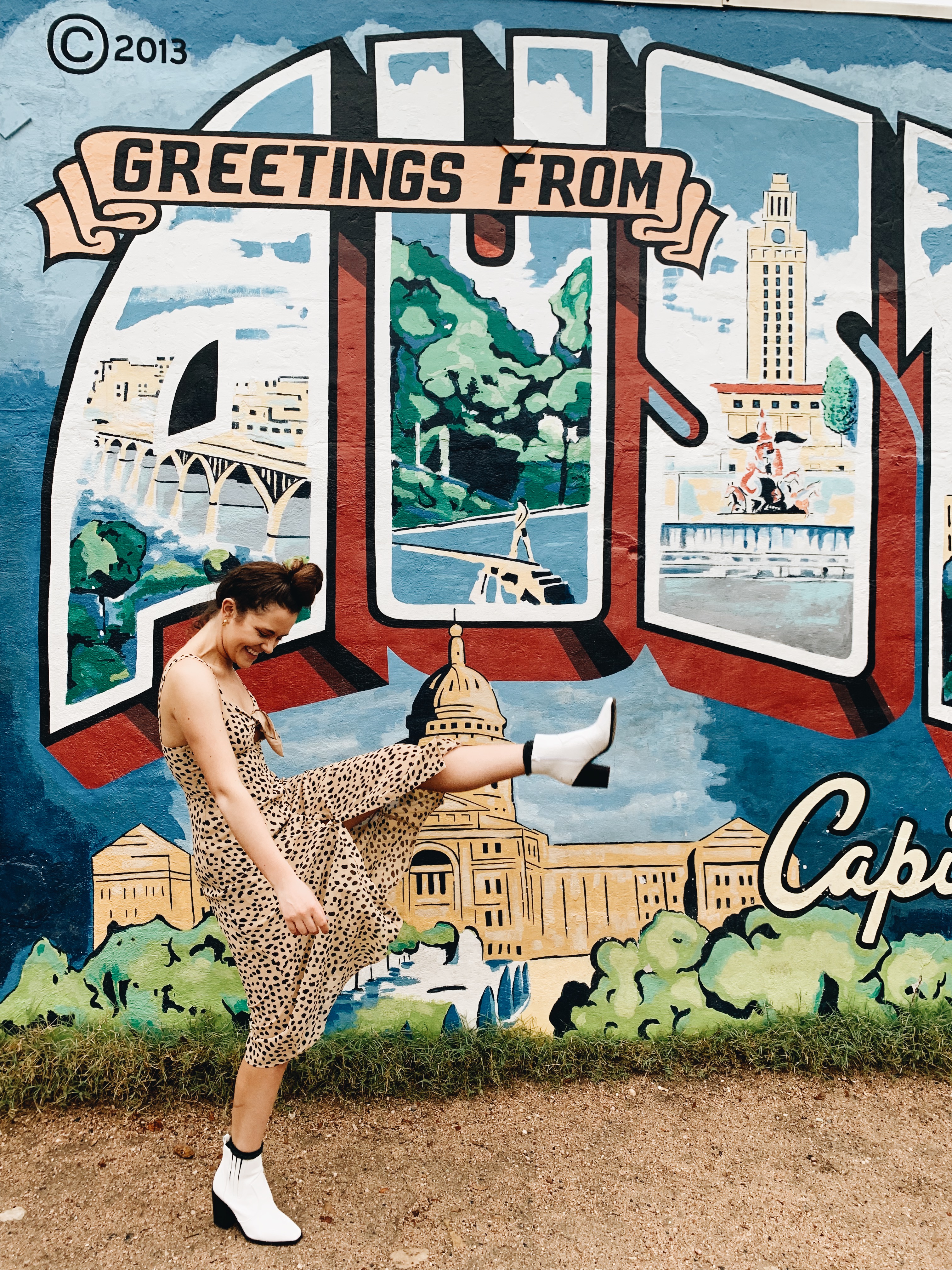 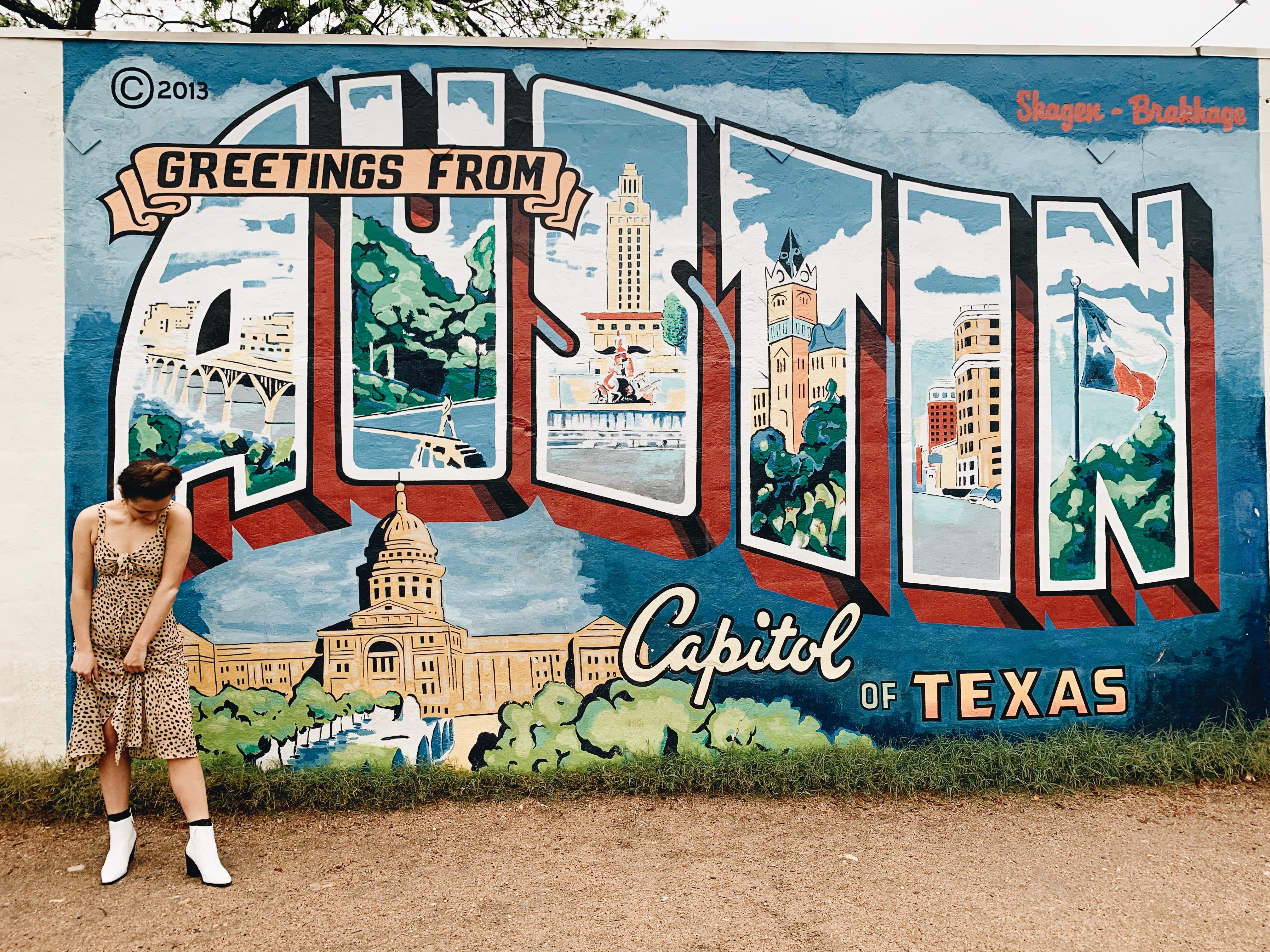 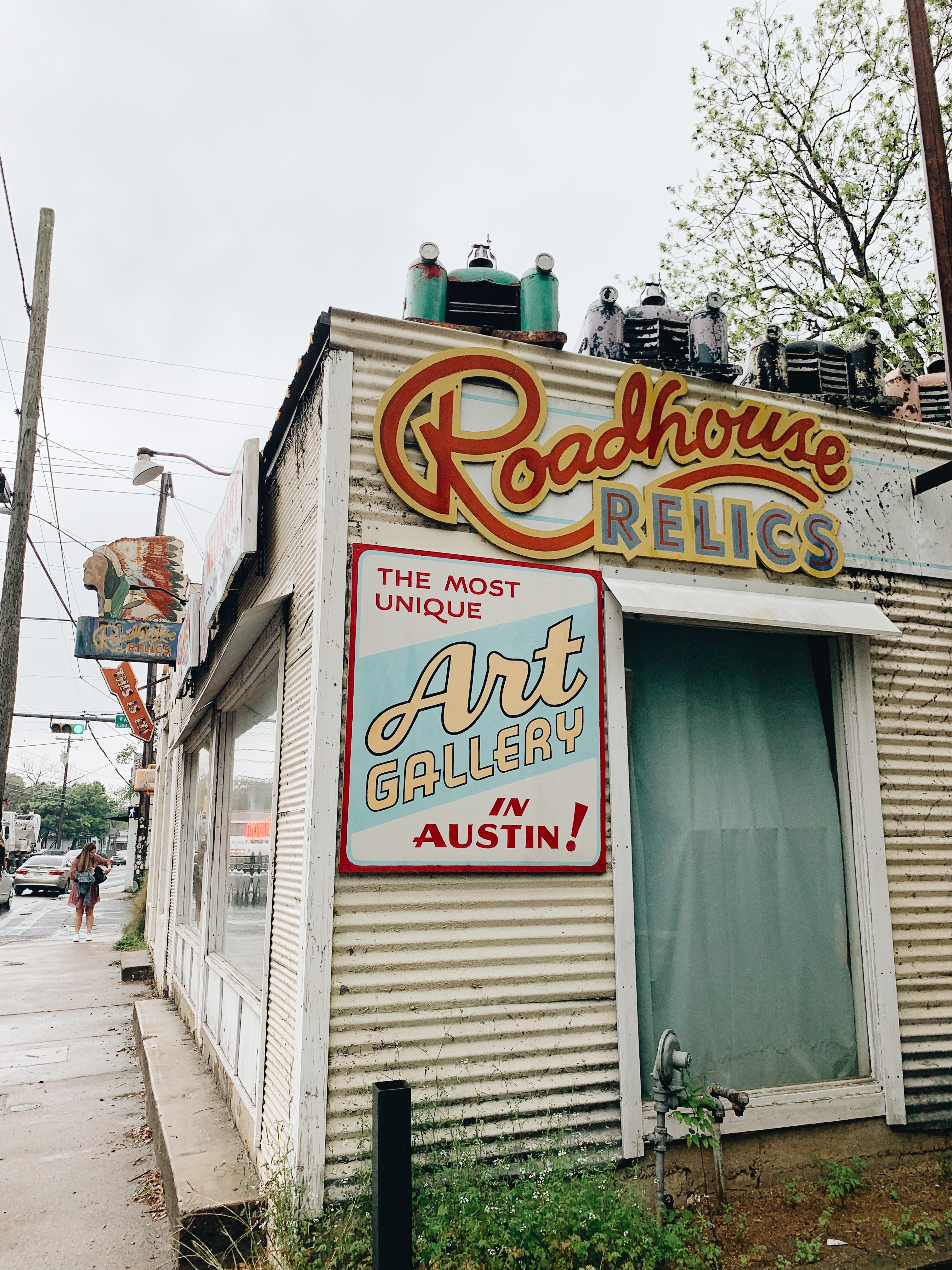 After a little photoshoot, we made our way to Eastside Tavern to have a mimosa brunch, since it was my birthday weekend, of course! Along with mimosas, I got the brisket breakfast tacos and oh… my… goodness they were delicious! Eastside Tavern had a great weekend brunch deal, which was recommended by a friend. It did not disappoint! 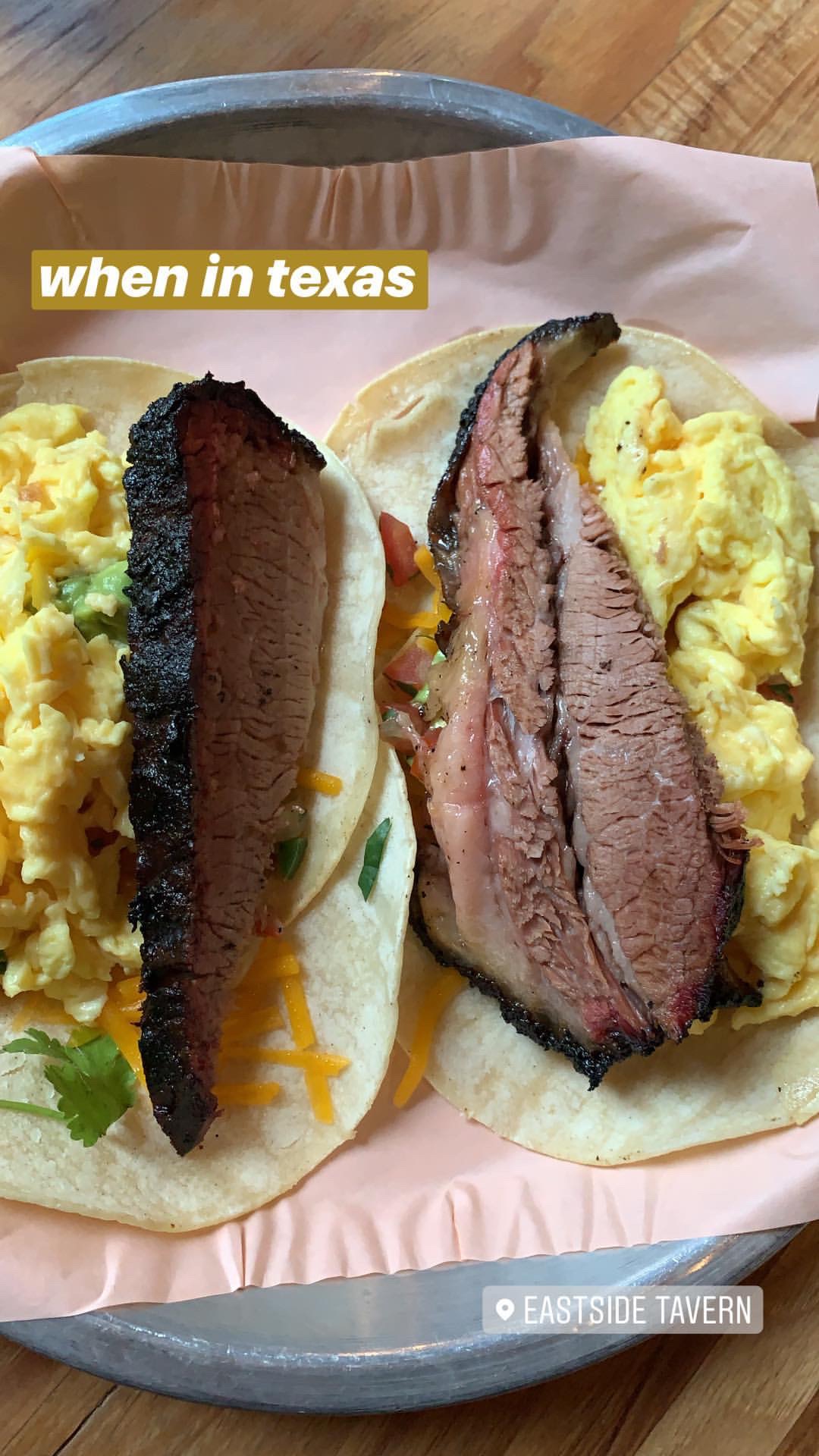 We spent the rest of Saturday popping around the neighborhood and stopped at a local brewery called Lazarus. It had great beer and a great setting, especially if you are going with a group!

On Saturday night we met up with some friends who moved to ATX post-grad to watch the championship March Madness game and hit the town afterward. I’ll keep it short: 6th Street is exactly what everyone says. You really just gotta go and experience it yourself. Although most of my typical outfits are inspired by south western fashion, I may have really channeled my inner cowgirl for my outfit that night. See below. 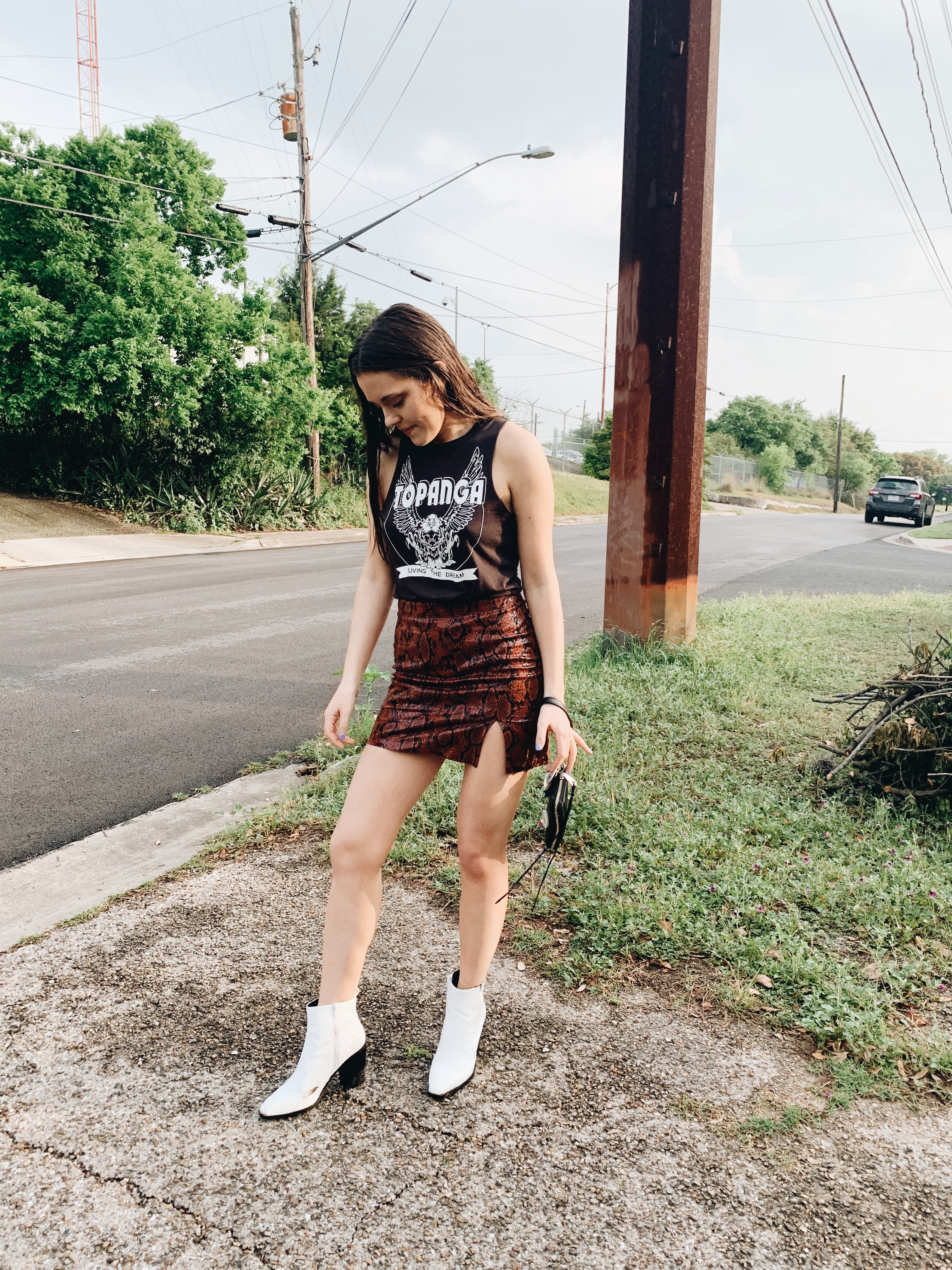 We started our Sunday at the original Picnik Austin trailer. I have been drinking their Butter Coffees from Whole Foods for so long, it was great to finally have a fresh one in person! I went with the iced Mayan mocha and a half order of the avocado toast. The latte was just the right amount of spicy and perfectly creamy. I wish I could start every morning off with one! I am also glad I got only a half order of the avo toast because MAN was it filling. There is at least a full avocado on there, if not more. Plus, it is topped with a slice of tomato. So much food for such a small slice of bread! 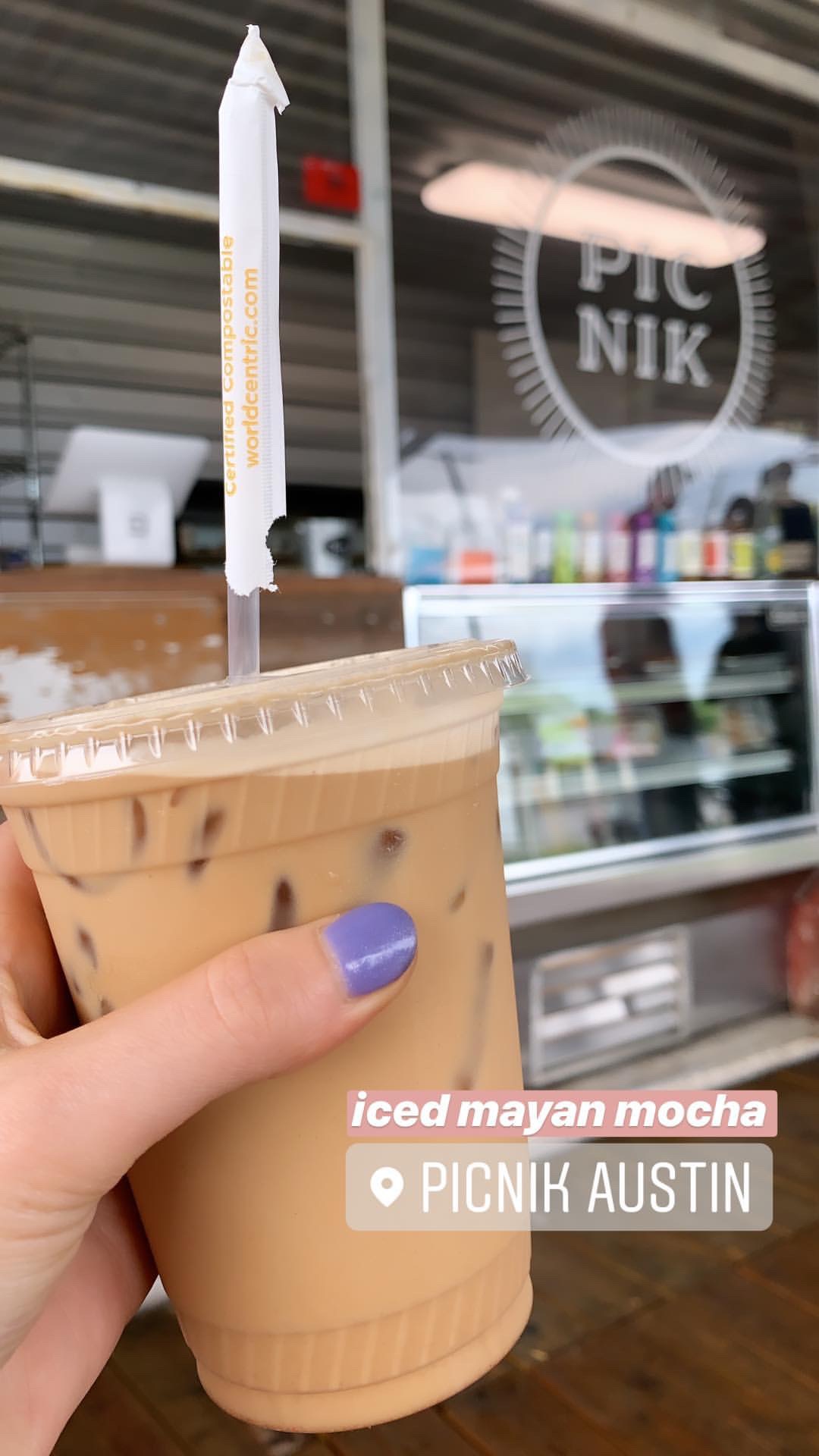 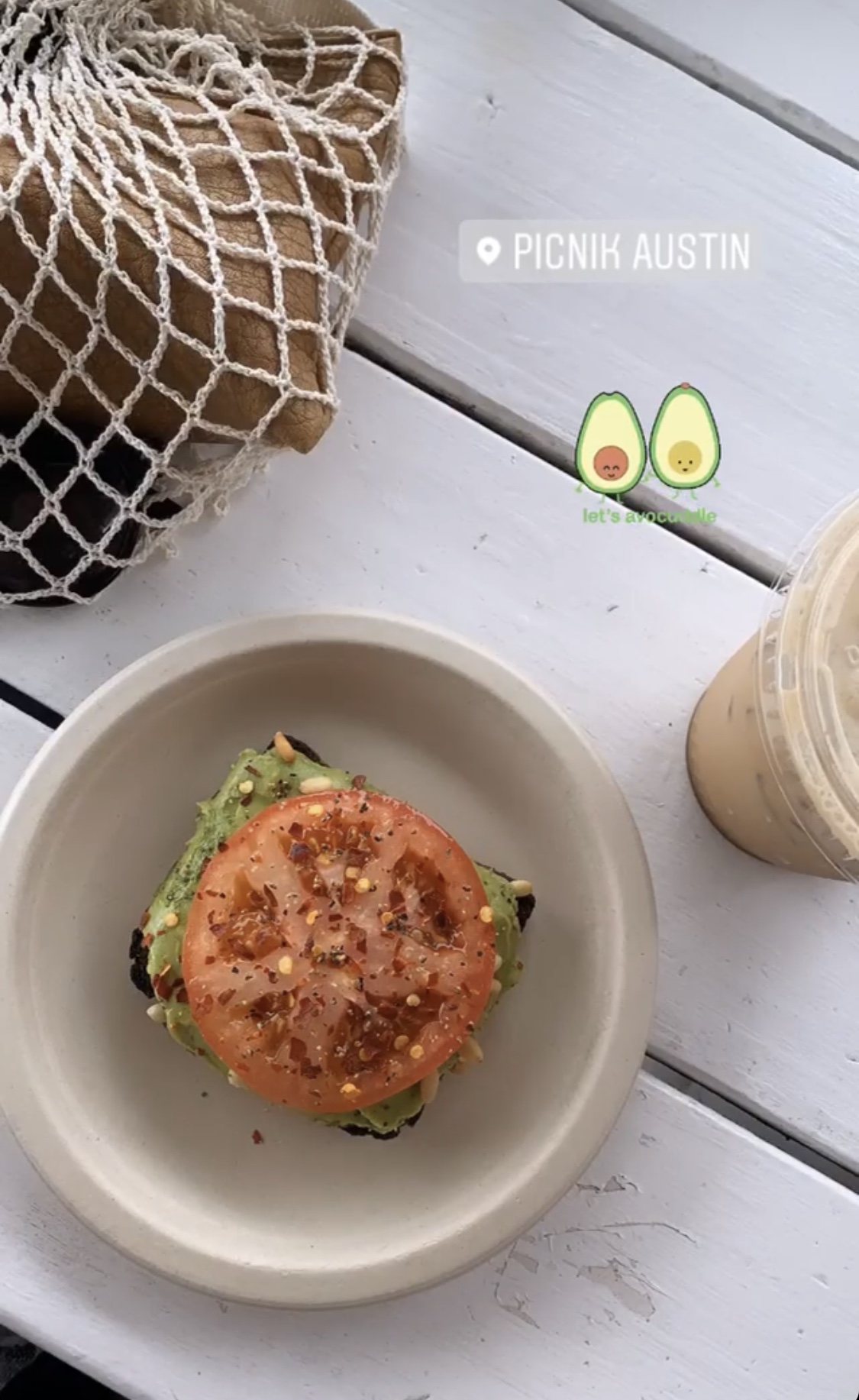 After Picnik, we made our way over to South Congress, where we spent a few hours walking around. There are so many cute little shops to check out, you definitely need to set aside some time to get through them all! We made a stop at another infamous mural on the side of Jo’s Coffee. 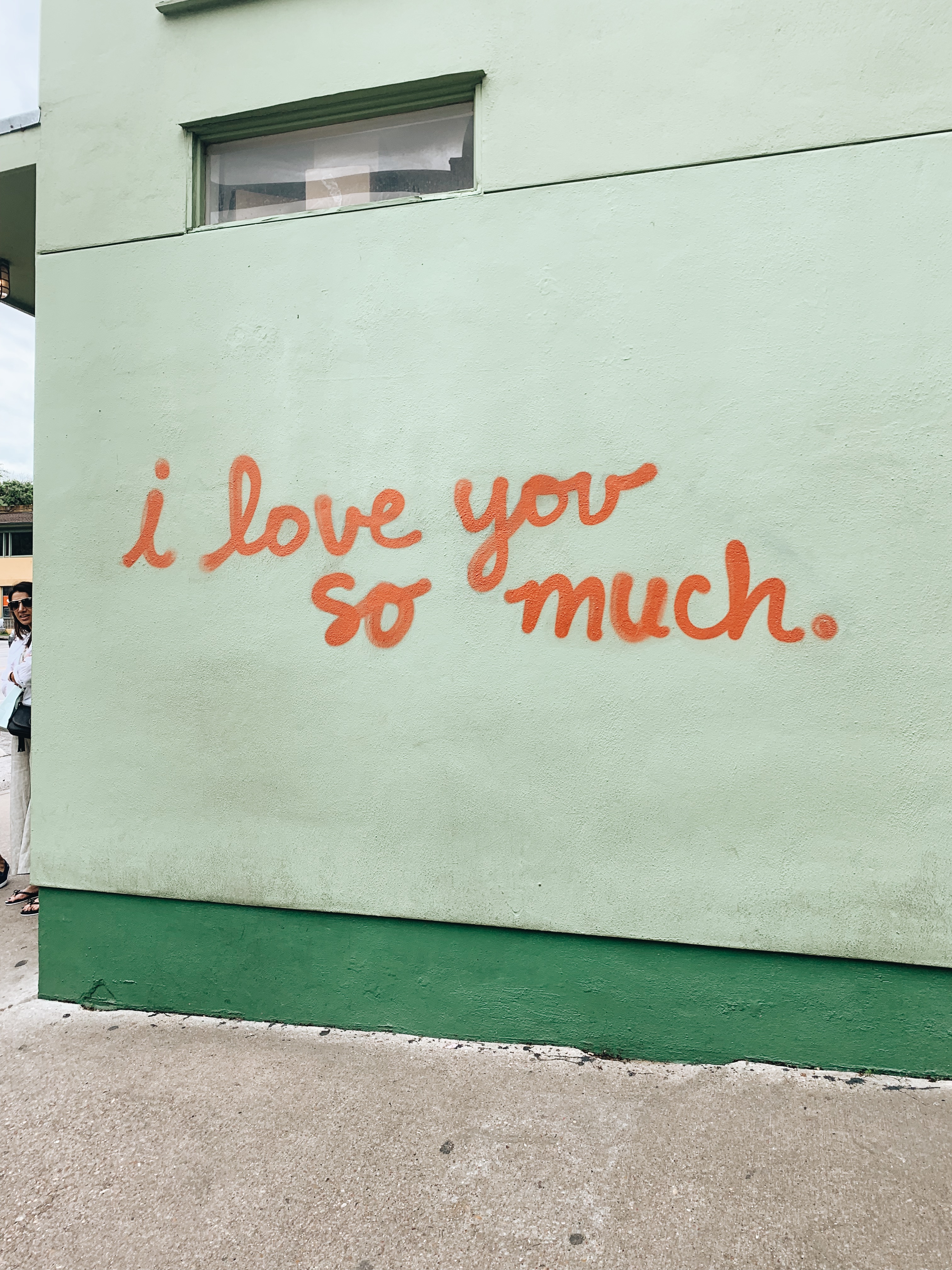 Along with the little boutiques, we also stumbled upon some cute coffee shops and restaurants. I fell in love with Mañana, which is kind of hidden in a little nook behind the South Congress Hotel. The blue interiors were so aesthetically pleasing, especially with all of the greenery the space had. I saw that they sold Juice Society, a juice company local to ATX, so I grabbed one of those to keep me fueled for the rest of the day. 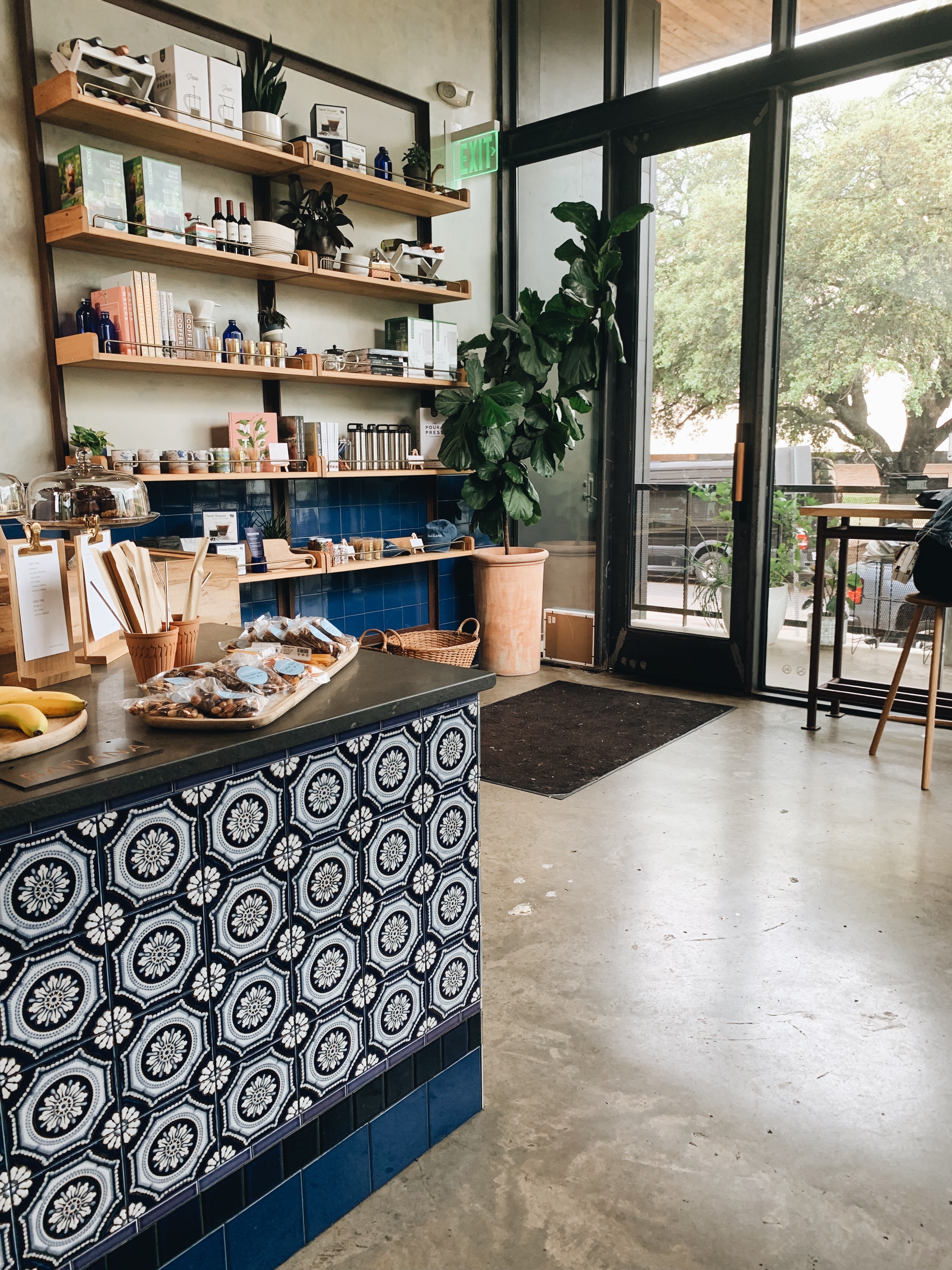 After walking around for a bit, we decided to check out the infamous Rainey Street. Everyone we talked to told us that Austin was known for it’s Sunday Fundays, so we had to see it for ourselves. We stopped at a few places, but really ended up loving Icenhauer’s and their HUGE mason jar of sangria. They also had live music, which was definitely a plus. Other fun bars included Unbarlievable (also known as Unbar), Lustre Pearl, and Container Bar.

On Monday we did a little more sightseeing. We started at the Whole Foods headquarters (because duh, where else would I wanna go?!). I could have walked around that massive Whole Foods for HOURS. Unfortunately I couldn’t do much shopping since we had a flight back home that afternoon, but we did get some fresh fruit and some Topo Chicos to enjoy on their patio. 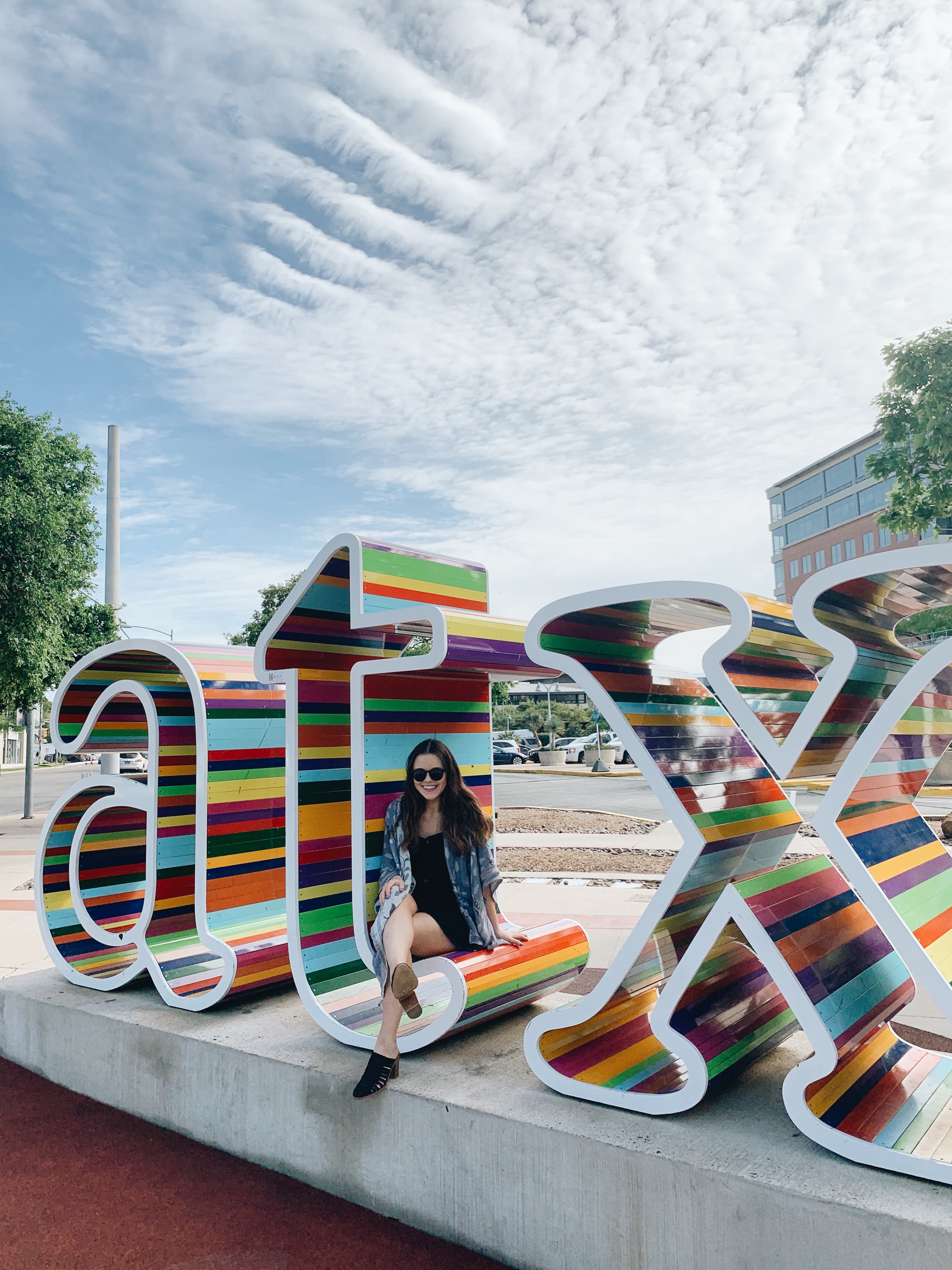 After Whole Foods, we took some scooters to the downtown branch of the Austin Public Library, which had views of the river/lake (it’s called Lady Bird Lake but is also part of the Colorado River, so I am not sure what to call it!) and we soaked up the great weather while we waited for our reservation at Le Politique, a cute french restaurant at the center of Downtown ATX. While there, we filled up on homemade breads, french cheeses, and a steak salad. 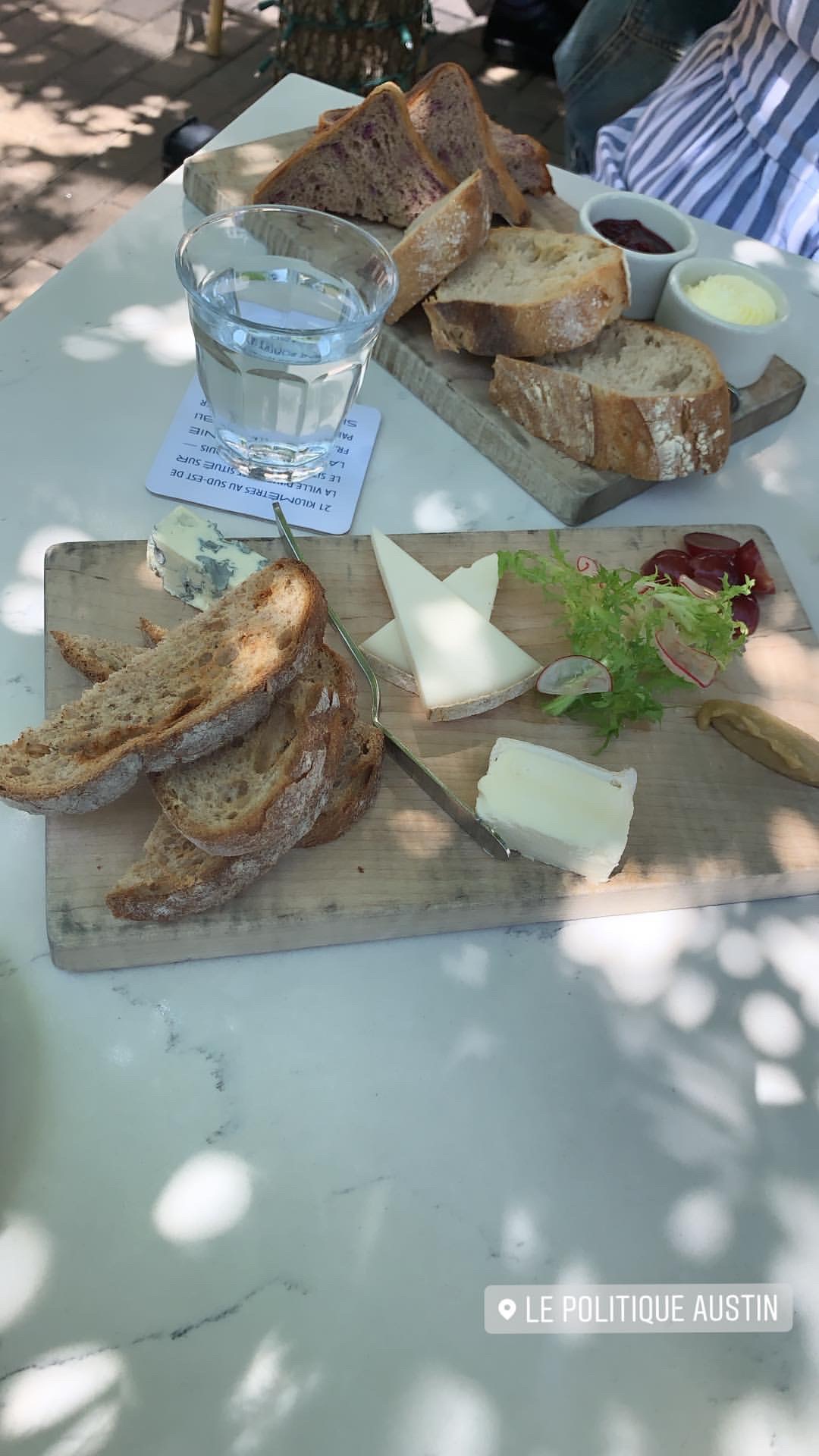 After brunch we decided to hit up the State Capitol building. It was just as big and beautiful as I imagined! It is very similar to my home state’s capitol building, except a light brown/tan instead of Wisconsin’s stark white. 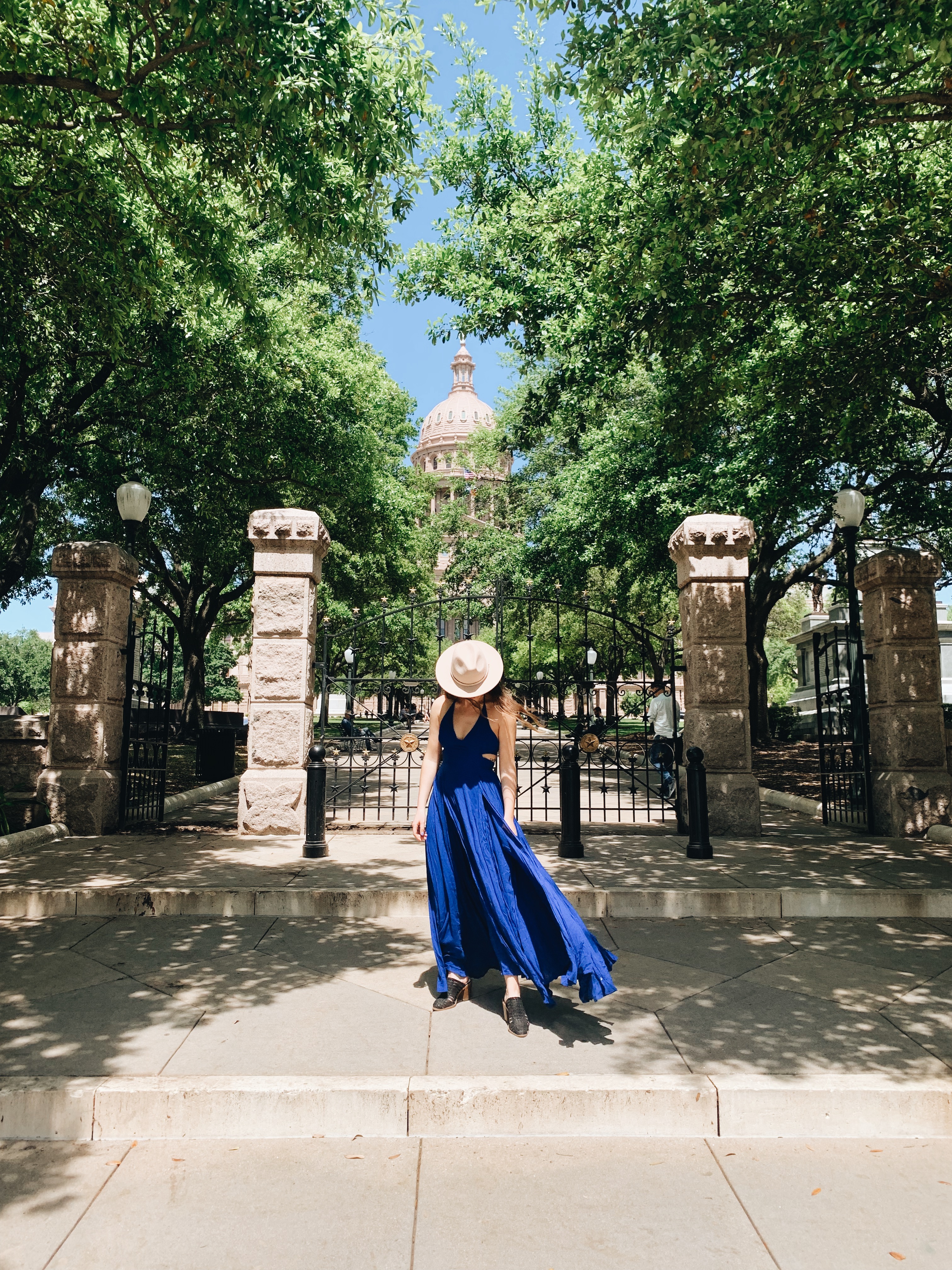 Overall, it was a great weekend in Austin. Starting now, you can catch me filling out endless job applications with hopes of moving to this wonderful city in the near future!