To All The Tacos I’ve Loved Before

If you know me, you know I love tacos.

I will eat them for every meal, from breakfast to dessert. Although they are usually south-of-the-border inspired, they definitely do not have to be. I will wrap just about anything in a tortilla and call it a meal. To me, there is truly no limit to the amount of combos you can make for tacos.

A little backstory as to why I love tacos so much – I grew up in the company of a few wonderful Mexican families and was fortunate enough to have authentic, homemade food, specifically, tortillas. The experience of making this food from scratch was really special to me and has always stuck with me. As I have gotten older, my tastes have changed slightly, especially regarding the health (or lack thereof) of traditional tacos and tortillas. Now, if I am making them at home, I will typically opt for a flour substitute, like cassava or cashew (S/O to Siete Foods, you da bomb) and fill them with lots of light and fresh foods.

For breakfast, my go-to taco is filled with jalapeño chicken sausage (I love the one from Trader Joe’s!), sweet potatoes, scrambled eggs, and avocado! I will also often top it with hot sauce, because I LOVE spice and the jalapeño in the chicken sausage isn’t quite enough for me. I love this probiotic kimchi hot sauce, but recently I have been using “The Heat” from Sweetgreen and it is killer.

For dinner, I have a couple specialties I will make on a regular basis. The first being a sweet potato taco. That may sound basic but it really does pack some intense flavor! The other combo I love is salmon and slaw. I love these two combos for dinner because I typically make each of these foods separate in my weekly meal prep, so it is so easy to heat them up in a skillet and toss into a tortilla. My schedule, between school and work, is pretty hectic so having these things ingredients prepped ahead of time makes my life SO much easier… and I’m still able to eat clean, delicious meals daily.

Fortunately, living in the city of Chicago provides me with some of the greatest taco spots.

Read on to find a recap of my recent “Taco Tour” I took my friend Meghan on to show her my top three restaurants I frequent when I want to go out for tacos. I fully recommend this tour, but only if you are hungry, because by the end of the day I had a button or two undone on my Levi’s.

Our first stop of the tour was at one of Meghan and I’s favorite spots – Big Star Tacos. I figured we could ease into the tour with some chips and salsa (even though I usually fill up on those before the tacos even come) but a few bites in and our tacos were placed in front of us! My tacos of choice while at Big Star are las papas con rajas and al pastor and Meghan got los tacos de pescado. The potato tacos at Big Star are some of my favorite in the city and actually have inspired the sweet potato taco recipe I make at home. 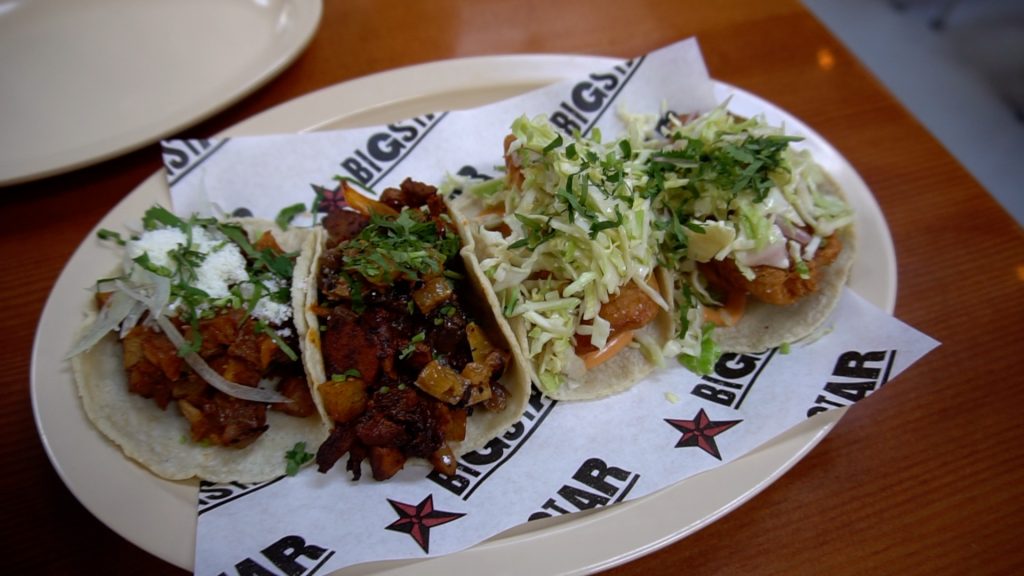 Next stop on the tour was just a hop, skip, and a jump away. At Antique, I had to dive into the guac. It is simple and delicious. We also decided to get the creamy elote, which is a lot different than what I grew up with, but still super tasty. I also got the crispy fish taco. The batter on the fish is light and very crunchy and is topped with pickled red cabbage. Antique is a great place to go if you like simple, yet perfectly seasoned foods! 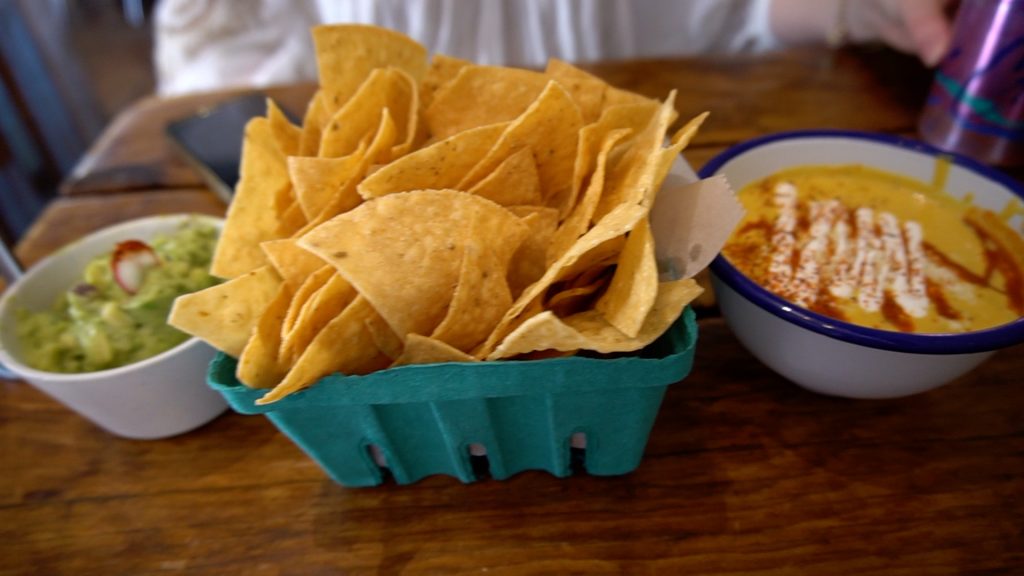 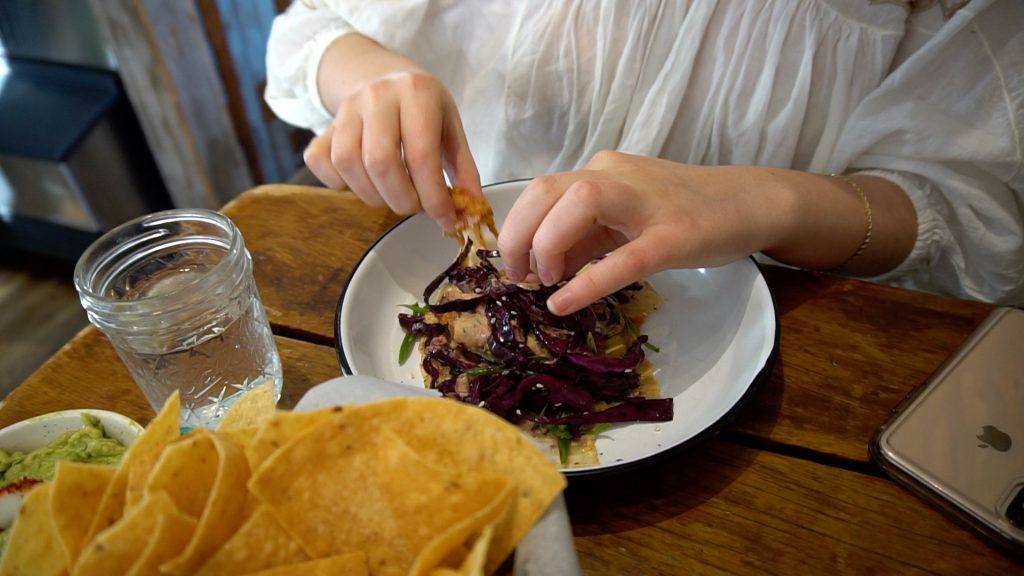 Finally, we ended the tour at Lonesome Rose in Logan Square. This was my first time visiting, but I had heard so many great things, I knew it was worth the stop. Let me tell ya, it was love at first site when we walked in the doors. The entire place is decorated in terra cotta oranges and pinks with light washed woods and fresh greenery everywhere. It was basically my heaven and exactly how I see my future home decorated. 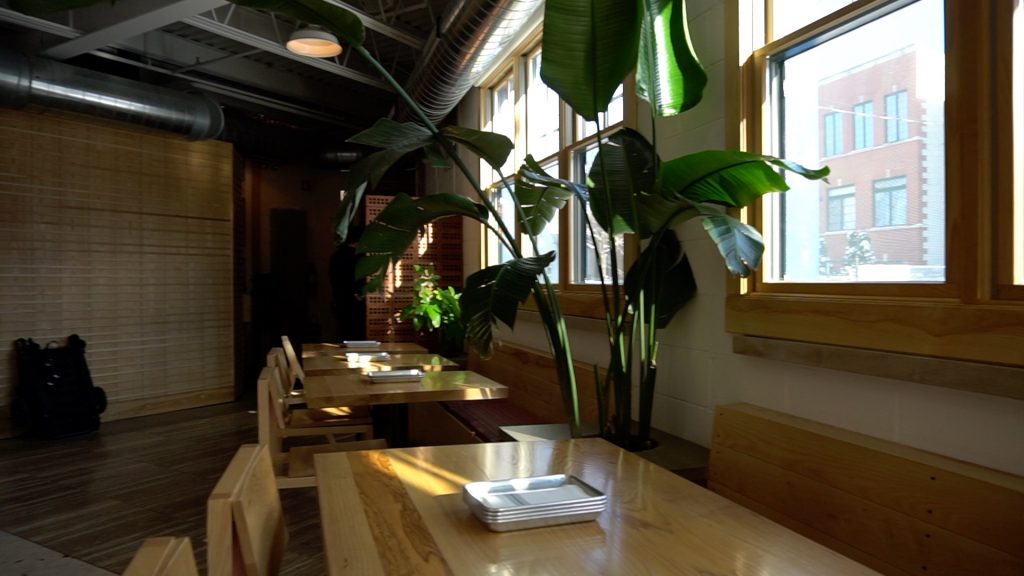 By this point, we were so full so we each ordered a margarita to ease into the meal. I had the prickly pear frozen marg while Megs ordered the frozen swirl, which is a blend of the classic and the prickly pear. We sipped and chatted for awhile, just enjoying the calm and friendly atmosphere that Lonesome Rose provides. I ended up ordering the crispy pork belly taco, which was topped with fresh onions and cucumbers. The combination of the fried, crispy pork and the crunchy onions and cucumbers was delicious. I would have never thought to put cucumbers in a taco, but now I know what I will be adding next taco night! 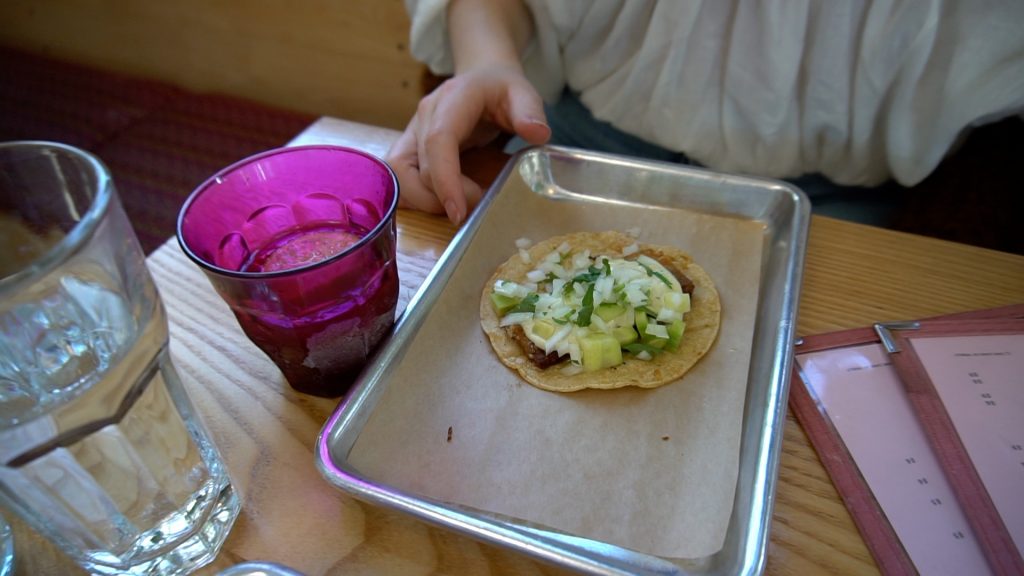 Finally, Megs and I shared the choco taco. Lonesome Rose makes the soft serve in house, and it was SO good. A little tangy, which was a great combination with the sweet and salty nuts and chocolate on top. I typically do not get desserts at restaurants (because I like to fill up on the savory items instead), but this was WELL worth it. 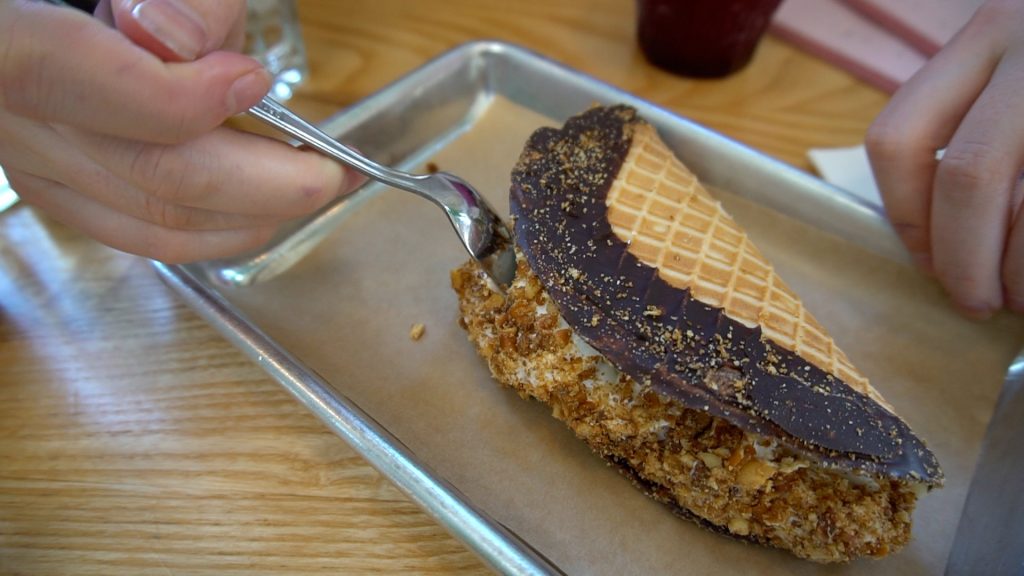 Some other favorites that didn’t make it on the tour (solely because I could not fit a single taco more into my already full stomach) are: